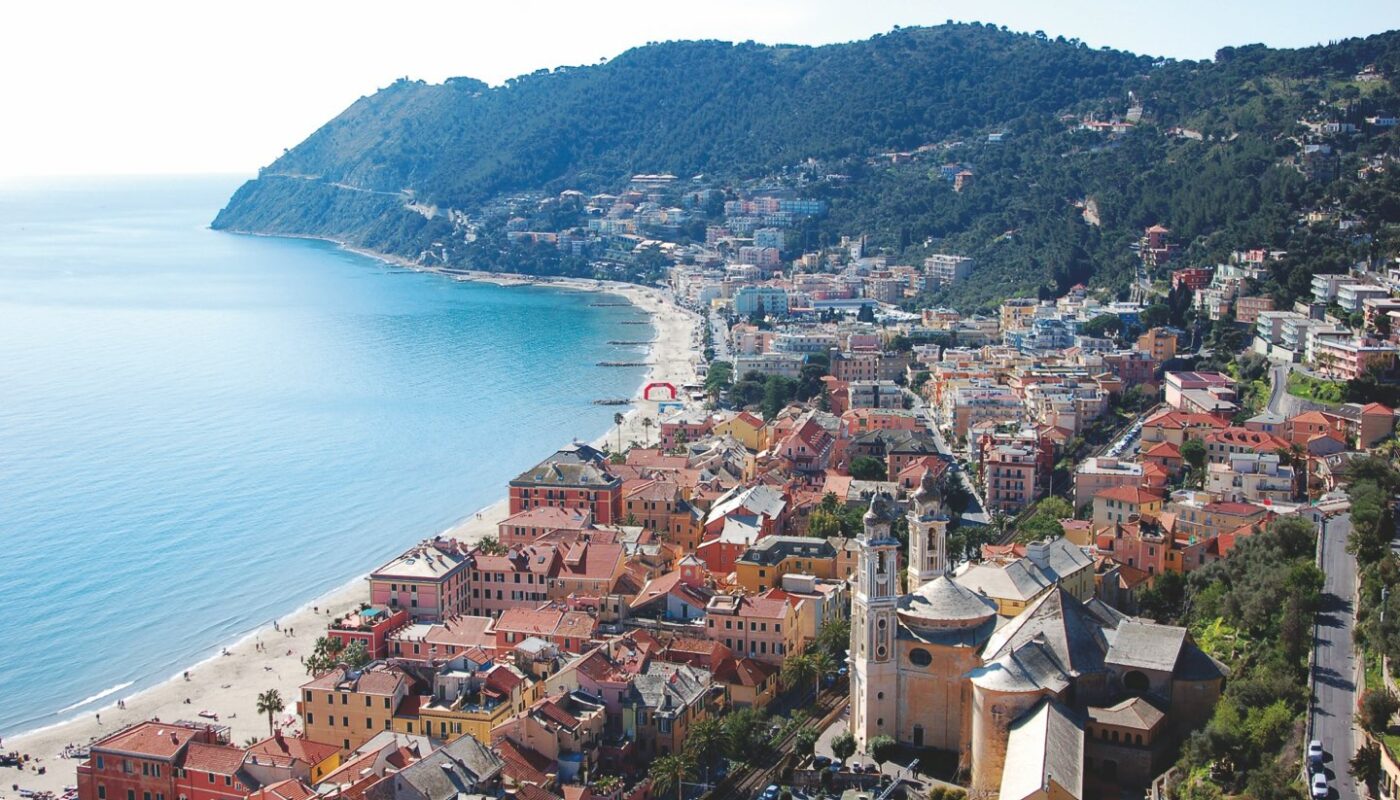 Laigueglia is a small seaside village, similar to many towns in Liguria, surrounded by the municipalities of Alassio and Andora and the Ligurian Sea to the east. It extends along the coast of the Ligurian Riviera di Ponente, near the Baia del Sole, bordered between Capo Santa Croce and Capo Mele. For the territorial area – 2.72 km2 – it is the smallest municipal body in the province of Savona.

Religious architectures
Parish church of San Matteo in the historic center of Laigueglia. Built in the Baroque style between 1754 and 1783, it is flanked by two small twin bell towers surmounted by colored majolica domes. Inside, in addition to the tabernacle and a sixteenth-century marble stoup, precious paintings by Genoese painters of the sixteenth and seventeenth centuries are preserved.
Oratory of Santa Maria Maddalena in the historic center of Laigueglia. Attached directly to the parish church, to the east, is the oratory of Santa Maria Maddalena, with a rectangular plan, built between 1616 and 1634 in the same place where the headquarters of a Confraternity of Disciplinants stood in the sixteenth century. Among the works inside there are an altarpiece by Domenico Piola from 1676, depicting the penitent Magdalene assisted by angels, a statue representing the dead Christ and another painting, quite deteriorated, with the Virgin between St. Peter and St. Anthony the Abbot. There is also a large seventeenth-century crucifix with silver ornaments at the ends of the arms. Two rows of side panels from the seventeenth century and a choir from the eighteenth century complete the furnishings of the oratory.
Church of the Immaculate Conception in Laigueglia, from 1661.
Church of San Sebastiano, inside the Laiguegliese cemetery, formerly the seat of the local hospital for passing troops and quarantined sailors.
Church of the Madonna del Carmine in Laigueglia, built in 1648.
Chapel of Santa Maria in Laigueglia.
Sanctuary of Nostra Signora delle Penne, near a spur of the Capo Mele promontory, built by the Catalan community during the seventeenth century.

The other two, respectively “del Giunchetto” at the promontory of Capo Mele and “di Mezzo”, were demolished by Napoleonic order, the first, to allow the new carriage road to pass along the coast, and the second to make room for Palazzo Rosso.