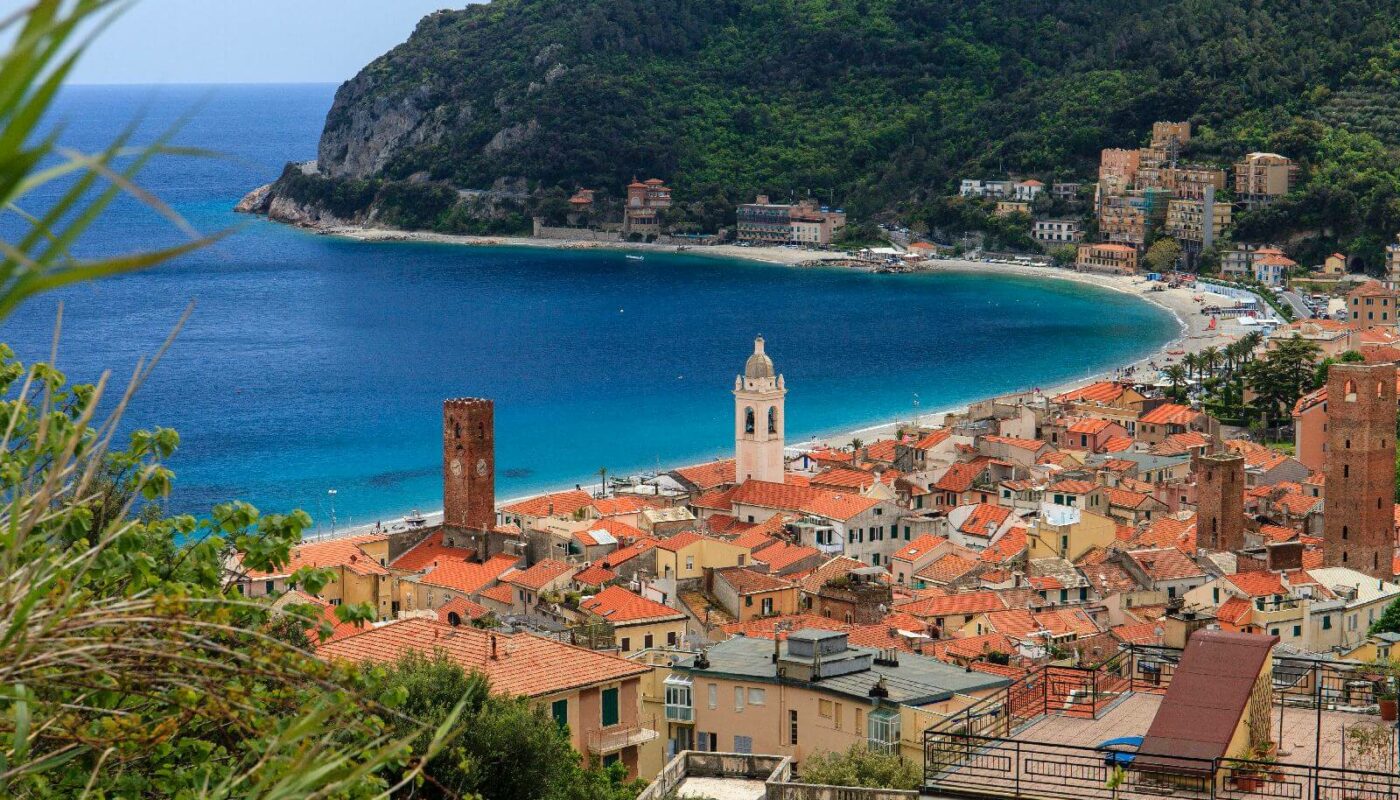 Noli is located on the coast of the Riviera di Ponente, in an inlet closed to the east by the island of Bergeggi and to the south-west by the cape of the same name at the mouth of the Luminella stream.

The municipal area consists, in addition to the capital, of the only hamlet of Tosse – located on the southern slope of the Bric delle Rive at 285 m a.s.l. – and from the locality of Voze for a territorial surface of 9.67 km².

It borders to the north with the municipality of Spotorno, to the south with Finale Ligure, to the west with Vezzi Portio and to the east it is bathed by the Ligurian Sea.
The historic center appears – today on the Aurelia, once directly on the beach by the sea – with a porticoed front. This was originally the center of the seaside village, in the same way in which the portico of Sottoripa was for Genoa.

Connected to the portico is the medieval Palazzo del Comune, with the civic tower.